Xbox Wiki
Register
Don't have an account?
Sign In
Advertisement
in: Outdated, Consoles, Xbox One,
and 3 more

The Xbox One is a video game console developed and marketed by Microsoft. It was announced on May 21, 2013 and is the successor to the Xbox 360. The Xbox One was the first console part of the third generation of Xbox consoles.

The Xbox One was released across North America, several European markets, Australia, and New Zealand on November 22, 2013. It was also the first Xbox video game console to be released in China, specifically in the Shanghai Free-Trade Zone.

Unlike the Xbox 360, the Xbox One did not launch with backward compatibility for previous generations of Xbox. It wasn't until E3 2015, Microsoft announced that the Xbox One would soon support backward compatibility, allowing select Xbox 360 games to run from both hard-drive and disc. In 2017, select original Xbox games were also added to this program. The backwards compatibility program was supported up until mid 2019, when the program was paused, so work could be shifted to the then upcoming Xbox Series X.

Initially, the Xbox One launched with a 500 GB hard drive. However, in 2014, a new bundle was released that included a 1TB Xbox One with a matte black finish, rather than the full gloss that was used on other consoles. The bundle also included an updated controller model that added a 3.5 mm headphone jack and ability to wirelessly update the controller. The new controller model became the standard for all Xbox One consoles until it was succeeded by the 2016 model that added Bluetooth support and other minor changes.

Codenamed Durango during development, the console was officially unveiled as the Xbox One to the public on May 21, 2013. The console was presented as an all in one home entertainment device, hence the name Xbox One. The original announcement event focused heavily on the consoles multimedia capabilities, such as integrated television streaming. The heavy focus on television over video games created concern and confusions for gamers, as it seemed Microsoft was shifting the direction of the Xbox brand away from video games.

Backlash from this event resulted in Microsoft focusing only on video games for their E3 2013 press conference. Microsoft's event was held at 9:30am on June 10, 2013. The event gave the Xbox One a release date of November 2013 and a price of $499, every Xbox One would be bundled with a Kinect. An cheaper option without a Kinect was made available a year later. Games showcased during the E3 event included Dead Rising 3, Quantum Break, Ryse: Son of Rome, Forza Motorsport 5 and a first look at the next installment in the Halo franchise which wouldn't be released until 2015.

Recording/Streaming Gameplay: Users will be able to record gameplay to upload to YouTube and will also be able to use Xbox partner, Twitch TV to stream live gameplay with commentary.

Xbox Smartglass (Now known as just "Xbox" or the Xbox app.) The smartglass app that is available on Windows phones, iOS devices and Android has been improved and can be used as a second screen to enhance gameplay.

Xbox Live: The maximum friends will be increased from 100 to 1000 and will have an unlimited amount followers.

Main article: Xbox One X
The Xbox One X is the premium Xbox One model. The Xbox One X is capable of playing a selection of games at 4K UHD with other enchantments through the Xbox One X Enhanced program. The console is currently the world's most powerful console, being 4.5 times more powerful than the original Xbox One. 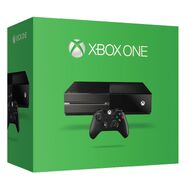 The Xbox One box.

The Xbox One console.

The Xbox One console pictured with the Kinect 2.0 and the Xbox One Controller. 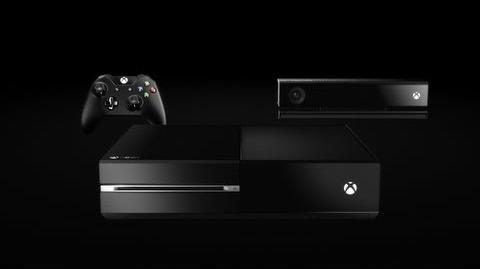 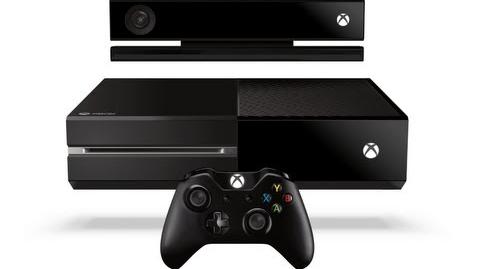 The Best Games Are on Xbox One

Xbox One His and Hers

10 Reasons to Pick Up an Xbox One this Holiday

Xbox One Day One Countdown Montage