Roblox is a global platform where millions of people gather together every day to imagine, create, and share experiences with each other in immersive, user-generated 3D worlds. The types of gameplay on Roblox are just as limitless as the imagination of the creators themselves.

All the online games you see on the platform have been built by members of the Roblox community for members of the Roblox community. Players can build the ultimate theme park, compete as a professional race car driver, star in a fashion show, become a superhero, or simply design a dream home and hang out with friends. Roblox was released initially released in 2006 and is currently free to download and free to play on PC, Android, iOS, VR and Xbox One.

The currency is ROBUX, ROBUX is the in-game currency of Roblox. It can be purchased through an in game transaction. It allows the user to buy stuff in games to allow for more creativity and more gameplay options. Cosmetic items can also be purchased, such as hats, shirts and other outfits 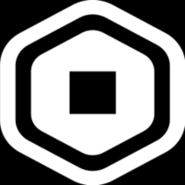